Saturday Jan 7th saw the annual LIMOBROKER and CARS FOR STARS gala awards hosted at the prestigious Celtic Manor Resort in Newport Gwent. Operators from every part of the UK attended with in fact over 300 people being in attendance. All Stretched Out was the only company in all of the categories to be nominated for an Award by both LIMOBROKER and CARS for the STARS. ALL STRETCHED OUT were proud to be awarded both the LIMOBROKER and CARS for the STARS, Wales and South West award for best limousine company.Our fleet of Hummer limousines and the personal family touch of Simon and Judy Ringham certainly helped win the company both of these prestigious awards. Tej and Alex certainly laid on an awesome awards ceremony with beautiful food and wine, a good chance to network and of course meet up with old friends. The Celtic Manor Resort was the perfect backdrop for the evening with the front concourse full of wonderful machinery such as Rolls Royce Phantoms, Rolls Royce Ghosts, Audi and Mercedes.

All Stretched Out who have been pioneers in the limousine rental industry, owning such limousines as the first 120 Lincoln(1993), 165 Lincoln (1994) 257 Lincoln Tandem (1995) Only tandem Yukon in UK (Mardi Gras) and memorable Hummers such as the Devils Desire, HellRaiser and finally The HellFire.

We have now decided to hopefully shake up the wedding market in Wales and the West Country. Stretched Out Ltd, we are the only company to offer a bespoke Rolls Royce Phantom, now to push our fleet even further to the forefront we have acquired the latest model Rolls Royce Ghost, again fully specd for that special day, rear tvs,overhead ACs, rear Champagne cooler, electric rear seats with vibrate and heat, JUST PURE LUXURY. To Even Further extend our venture into the wedding market we are awaiting the delivery of a new custom built BRANWITH 7 seater LANDAULETTE. This is purpose built for us in two tone Artic white and silver. We cant wait for delivery.

Stretched Out are just minutes From the Celtic Manor Resort which was the host to the recent Ryder Cup. So when you have finished playing Golf why not visit some Of the areas local attractions. Cardiff bay has amazing walks and restaurants or you can justwatch the local boating community going about its business, the bay is non tidal now so always something to watch.

What about on of the UKs biggest follies? Castell Coch built in 1870 by the third marquises of Bute and designed by William Burgess Now this folly overshadows the coreton roundabout which will take travellers up through to the heads of the valleys.
Castell Coch on Wikipedia

Below is another of the Marquises amazing rebuilding extravaganzas. In the early 19th century the castle was enlarged and refashioned in an early Gothic Revival style for John Crichton-Stuart, 2nd Marquess of Bute by Henry Holland. But its transformation began in 1868 when John Crichton-Stuart, 3rd Marquess of Bute commissioned William Burges to undertake a massive rebuilding which turned the castle into a medieval palace. Bute’s and Burges’s shared interest in medieval gothic revivalism, combined with Bute’s almost limitless financial resources as the richest man in Britain, meant that Burges could build on the grandest scale. His imagination, his scholarship, his architectural and decorative talents, his inventiveness and his sheer high spirits combined to make Cardiff Castle the “most successful of all the fantasy castles of the nineteenth century
Cardiff Castle on Wikipedia

Or if you have a taste for whisky try Penderyn Distillery nestled in the foothills of the Brecon Beacons, this is Wales only Distillery and purported to be the smallest in the world.It really is worth travelling the short distance from Newport to Aberdare to view the visitors centre.
Penderyn Distillery website

If you wish to stay nearer to Newport we have the magnificent Tredegar House. Recently taken over by the National Trust it really has some beautiful walks along the lake. Many years ago you could even hire a small rowing boat and take advantage of its amazing garden while having a row. Captain Henry Morgan once owned this fantastic mansion. The name Morgan may not mean alot to you until you realise he was the sinominise PIRATE CAPTAIN HENRY MORGAN
Tredegar House on Wikipedia

Wales has a huge Heritage built on its mining community. To see what life was really all about there is always the BIG PIT!

Big Pit is a real coal mine and one of Britain’s leading mining museums. With facilities to educate and entertain all ages, Big Pit is an exciting and informative day out. Enjoy a multi-media tour of a modern coal mine with a virtual miner in the Mining Galleries, exhibitions in the Pithead Baths andHistoric colliery buildings open to the public for the first time. All this AND the world-famous Underground Tour. Go 300 feet underground with a real miner and see what life was like for the thousands of men who worked at the coal face. Big Pit became part of Amgueddfa Cymru – National Museum Wales on 1 February 2001. After major redevelopment, it re-opened in 2004 and went straight on to win the prestigious Gulbenkian Prize for Museum of the Year.

St Fagans is one of Europe’s leading open-air museums and Wales’s most popular heritage attraction. It stands in the grounds of the magnificent St Fagans Castle, a late 16th-century manor house donated to the people of Wales by the Earl of Plymouth.
St Fagans website 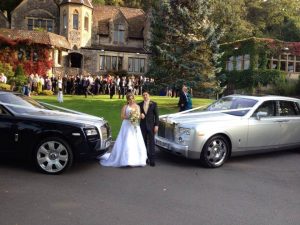 Planning a wedding in Newport

Are you looking to tie the knot in Newport this new year? Planning your wedding, keeping the venues organised and keeping your family happy and 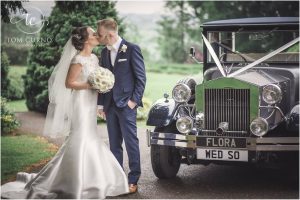 A Complete Guide to Wedding Cars, Choices & Prices during Covid-19.

Have you found your dream wedding car yet? If you’re preparing for your big day and you’ve been looking for the best car options in